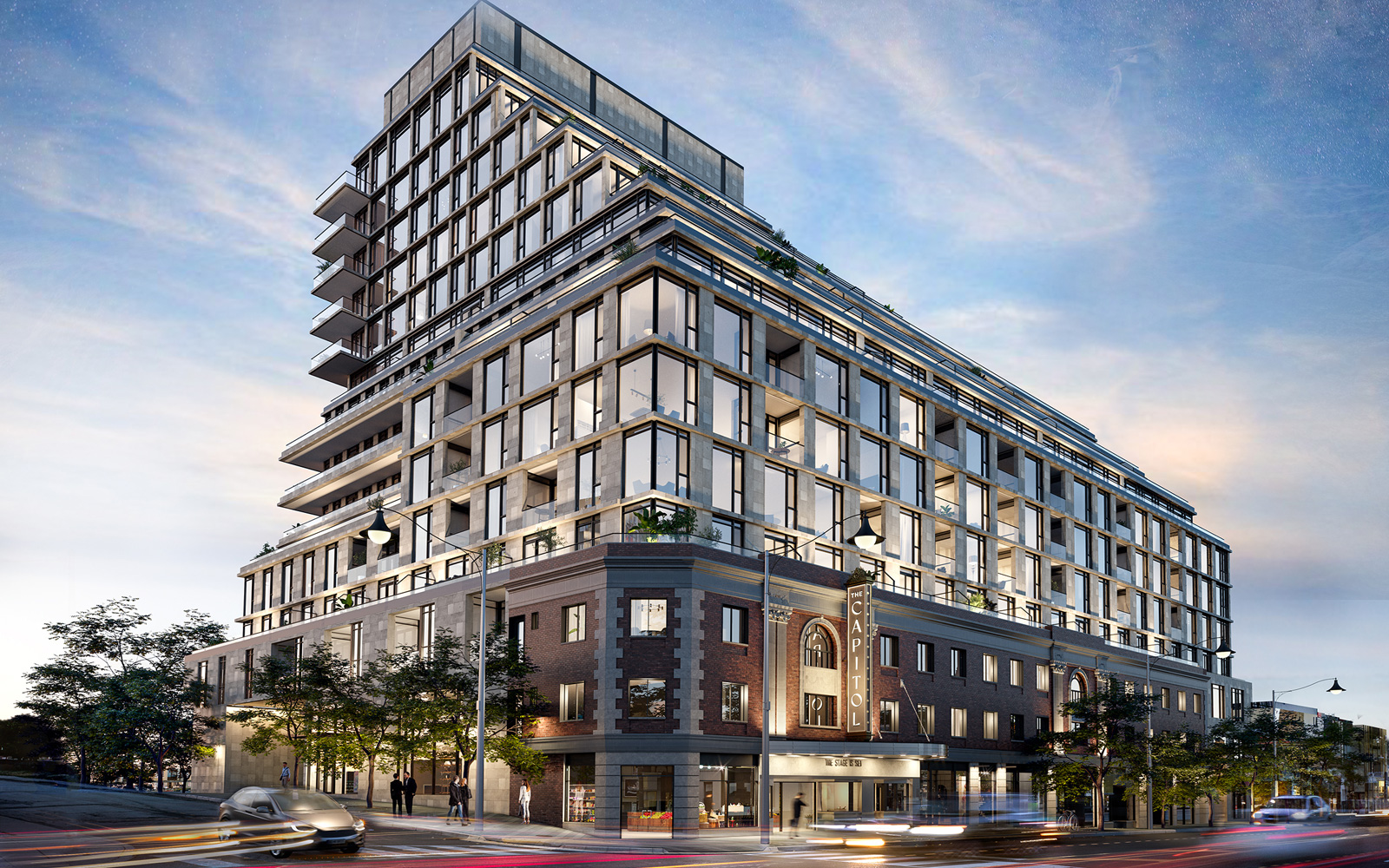 At the intersection of Yonge and Castlefield, a new Torontonian theatrical experience is preparing for opening night. Leading real estate developer Madison Group, in collaboration with Westdale Properties, is setting the stage for a high-end condominium project that will have every resident feeling like a star. The Capitol Residences will stand at the site of the illustrious Capitol Theatre, which dazzled guests from 1914 to 1998.

THE CURTAIN RISES ON A NEW ERA

During its heyday, and notably during the Great Depression of the 1930s, the Capitol Theatre transported guests through its magnificent programming. For almost a century, stage and screen were home to presentations such as Wings of the Morning and Jane Eyre.

“Over the last century, the Capitol Theatre has been a staple in Toronto’s entertainment scene and we are honoured to bring new life to this highly historic venue through the launch of its namesake residences,” says Josh Zagdanski, Vice President of High Rise at Madison Group. “This mid-rise project will capture the nostalgic vibrancy of years past while adding a modern twist on the original style. Just as the Capitol Theatre once brought joy and entertainment to the city, The Capitol Residences will bring new liveliness to the neighbourhood.”

“Over the last century, the Capitol Theatre has been a staple in Toronto’s entertainment scene and we are honoured to bring new life to this highly historic venue.” – Josh Zagdanski, Vice President of High Rise at Madison Group

Residents will be able to choose from 145 units, offering living spaces of 425 to 1950 sq. ft. in one, two, or three-bedroom configurations, starting at under $1 million.

Hariri Pontarini Architects and Turner Fleischer Architects are the award-winning teams responsible for recreating an air of anticipation and excitement with the building’s transformation, which will pay homage to grand evenings of yore.

From the thoughtfully preserved original marquee and façade designed by John MacNee Jeffrey, the three-storey former theatre will rise an additional 11 floors above Toronto’s streets. The new building exterior boasts sand-cast brick and a smooth stone finish to harmoniously integrate elements of its history into its current role.

Studio Munge has outdone itself to craft a world evocative of theatre and film in the 1920s. The experience begins from the moment residents pass through a grand porte cochère and into a concierge-orchestrated lobby. Decadent furnishings are illuminated by unique custom fixtures; a hint of what awaits in each Gallery Suite, Premiere Penthouse, Marquee Estate Suite, or Orchestra Townhome. Bespoke touches and 10-foot ceilings make each residence worthy of the spotlight.

The decadence extends outdoors to allow residents of the Capitol to benefit from a rare show of nature in the city. A tiered eastern façade will provide terraces with an infusion of greenery, while a 3,700-square-metre park flanking the west side of the building enhances the neighbourhood, as it extends the space for residents to enjoy.

● Lush green park on the west side extending over 3,700 square metres

● Extensive outdoor lounge and dining area, including a garden and grill stations